EN standards in connection with Sound Supreme Board

Our ears are constantly exploring our living environment for potential threats and opportunities. They are a vital part of the body’s defense mechanism: preparing our brains for fight-or-flight if needed and, as such, affecting many of our bodily functions. The plasticity of the human hearing system and the ability of the brain to block out irrelevant information from this permanently alert sensory system are remarkable.

However, this perfectly evolved hearing system is under threat. Many people’s modern living environments are filled with low-quality sound that is of little or no importance. The sounds of cars, planes, trains, cooling and ventilation systems, machinery, or simply the sound of living in close proximity to each other are constantly present.

The EU’s Environmental Noise Directive (2002)3 aims at protecting people from the adverse impacts of noise, and has both triggered many new initiatives and raised awareness of noise at the urban and societal level. In addition, the World Health Organization (WHO) is revising the Community Noise Guidelines for the European region. 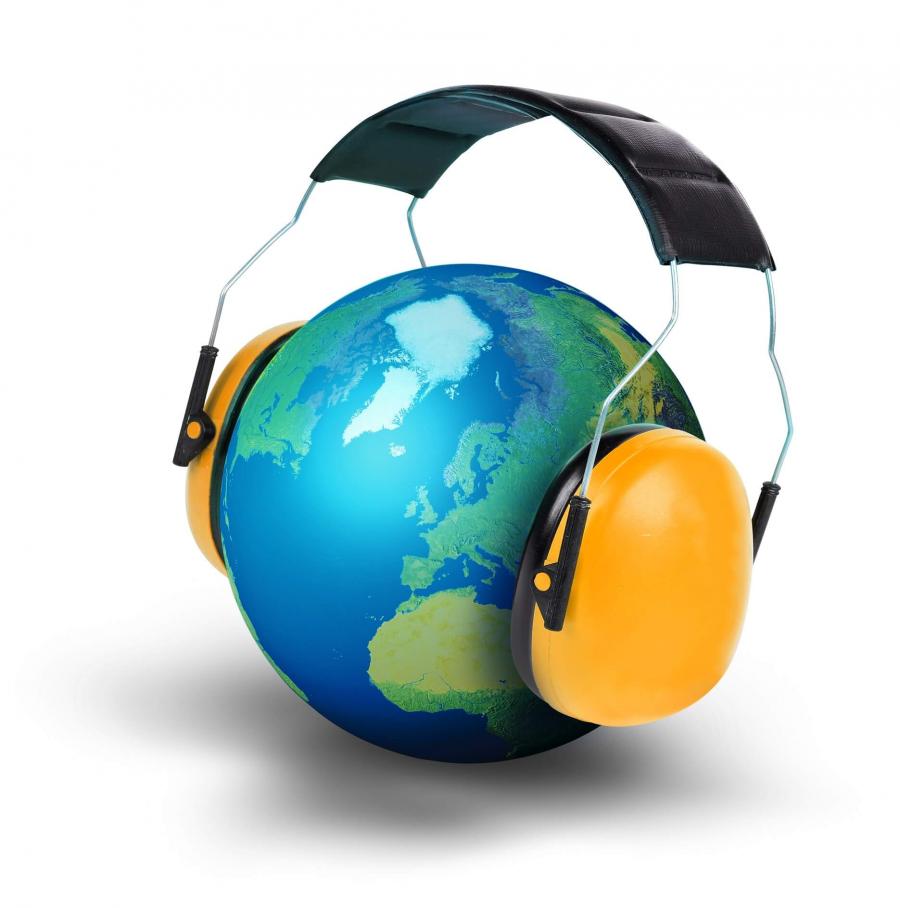 And there are also the acoustic standards…

In order to better control specific parts of construction elements, several European standards have been established.

SIST EN ISO 717-1:2013, Acoustics – rating of sound insulation of buildings and building elements – Part 1; defines single-number levels for airborne sound insulation in buildings and for building elements such as walls, floors, doors, and windows, and takes into consideration the different sound level spectra of various noise sources, such as noise sources inside a building and traffic outside a building. The Standard provides rules for determining these quantities in accordance with ISO 10140-2, ISO 140-4, and ISO 140-5.

SIST EN ISO 354:2004 specifies a method of measuring the sound absorption coefficient of acoustical materials used, such as wall or ceiling treatments, or the equivalent sound absorption area of objects, such as furniture, persons or space absorbers, in a reverberation room. It is not intended to be used for measuring the absorption characteristics of weakly-damped resonators. 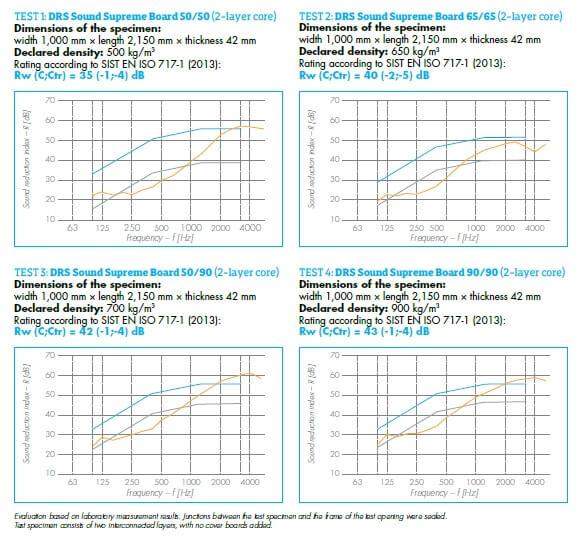 EN 12354-3, Building acoustics – Estimation of acoustic performance of buildings from the performance of the elements – Part 3: airborne sound insulation against outdoor sound. This document describes calculation models designed to estimate the reduction of outdoor sound by building facades primarily on the basis of measured data that expresses the sound reduction index of the relevant elements. The models given are applicable both to calculations in frequency bands and to calculations with single number product ratings.

Not only heavy noise, but normal noise, too, can become difficult after a while. Therefore, it is important that all parts of any construction or interior are insulated and serve to reduce noise in order to provide quite, peaceful living conditions, allowing us to focus on our daily activities and provide us with the privacy we need.

Our commitment to diversity