By Knauf Insulation on February 25, 2022
Our Solutions

Almost 400 people have died in more than 60 hospital fires around the world during the pandemic from March 2020 to November 2021, according to the European Commission.

The statistics released this month by the Commission’s Lessons Learned Bulletin include four tragic hospital fires in Romania in 2021, a blaze that killed 82 in Iraq and dozens of deadly fires in hospitals in India.

Amaya Osácar, Knauf Insulation’s Fire Safety Manager, says: “A fire in a hospital, like a fire in a school, is obviously a morally reprehensible breach of trust and that is why it is essential that any fire risk is designed out of these buildings from the start.

"The tragedy is that many of the recent fires have occurred when the pandemic has peaked in a particular country and buildings have been overwhelmed with patients.”

However, even before the pandemic, hospitals have been vulnerable to fire risk. For example, the US National Fire Protection Association (NFPA) reports that there are on average 1,130 fires in hospitals every year in the States. 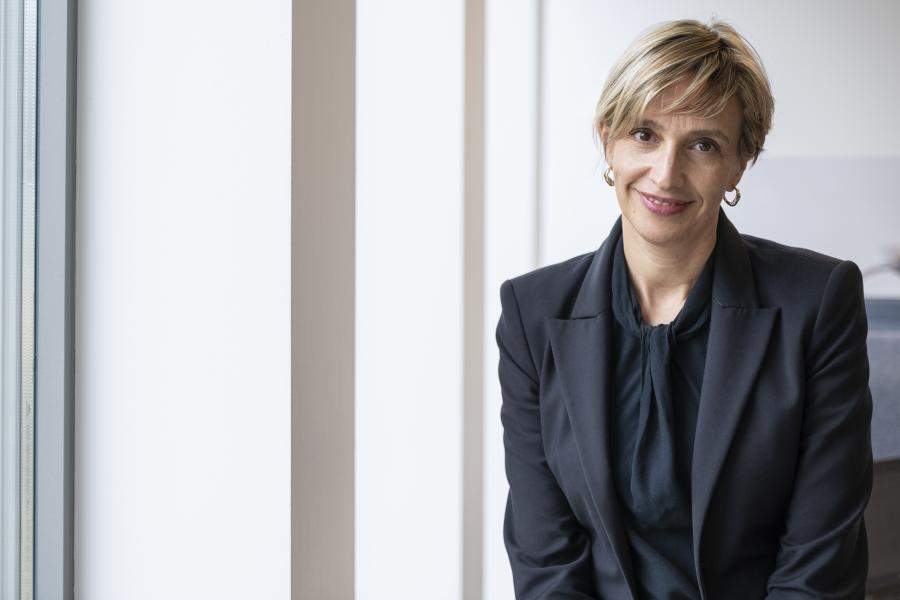 So, what action can be taken to reduce this fire risk?

The layout of a hospital plays a major role to ensure the safety of hospital occupants and making the right decisions in terms of compartmentation in the early stages of a project is key to guaranteeing a functional and fire safe building. 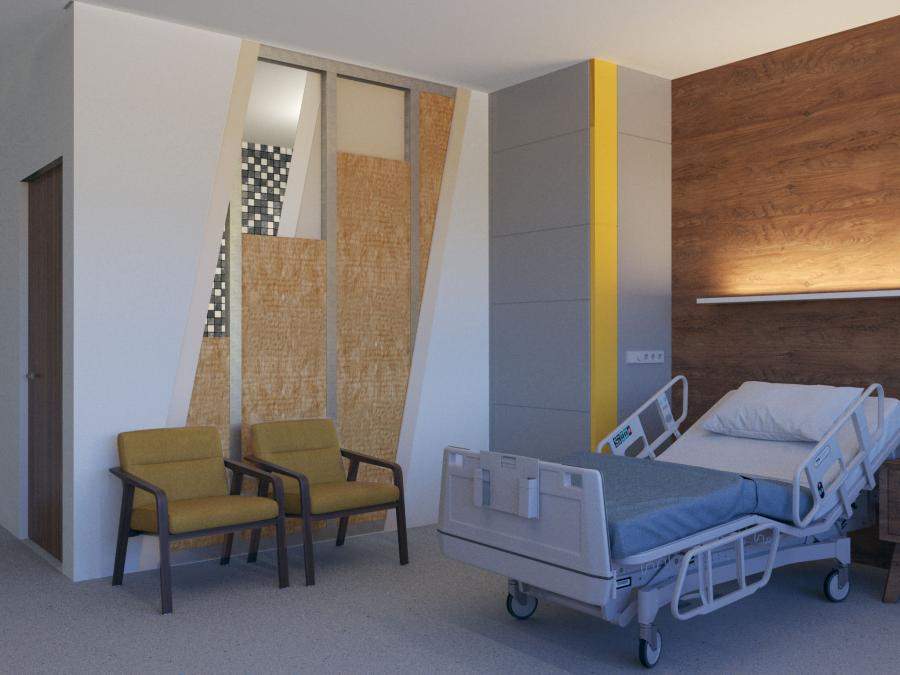 Prevention must come first, says Amaya, and specific areas where fire could break out need to be identified and ‘isolated’ from the rest of the building.

A key aspect is the provision of fire-rated enclosures to prevent the spread of fire in areas like storage rooms for flammable gas cylinders or hazardous materials as well as kitchen areas. Other areas such as supply rooms which may be filled with items such as laundry, staff clothing, medical supplies, mattresses or waste also need to be carefully fire risk assessed.

A high priority is also ensuring the safety of vulnerable occupants. In many cases, patients are not able to evacuate by themselves and are often dependent on life-saving equipment.

Best practice evacuation on all levels is ‘progressively horizontal’ which means moving people — in their beds or wheelchairs along with essential medical equipment — away from the origin of the fire along the length of the building rather than downstairs which may be impossible, says Amaya.

This means prioritising horizontal movement from one vertical fire compartment to another. Large fire protected areas are required to receive and keep patients coming from another fire compartment safe during the evacuation and intervention of fire fighters.

Specific areas where the life of a patient depends on ongoing surgery (such as operating theatres) or support systems (such as breathing equipment in intensive care) cannot be evacuated. These units must be capable of withstanding fire for a significant period of time.

Fire-rated walls and doors, fire resistant ventilation systems and an independent and autonomous electricity supply are basic features that need to follow the highly functional requirements of such areas such as circulation paths, double accesses and detailed plans of ventilation and air conditioning networks.

“Operationally, it is vital that corridors and doors are kept clear and active systems for fire protection such as alarms or extinguisher systems should be regularly maintained,” says Amaya.

“Above all it is important that staff are highly drilled and well-rehearsed when it comes to a fire action plan. There can be no space to think — reactions must be instant in an emergency – and management has to be strong enough to ensure the groundwork has been put in place to execute any evacuation effectively.

“This aspect is vital as most patients will need support particularly if they are unable to move or unfamiliar with the building layout.” 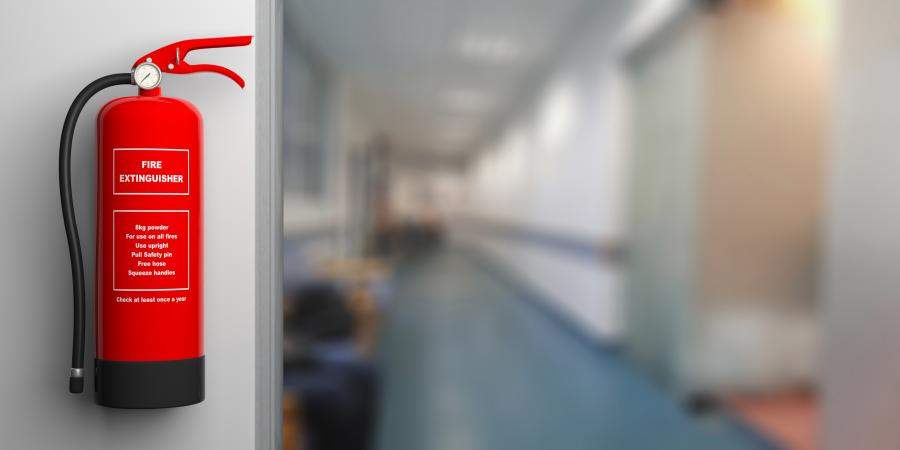 Ultimately fire safety in hospitals is a balance between having fire risk designed out of the building as much as possible and operational factors such as a well-executed evacuation plan and a conscientious management that puts fire safety and fire safety procedures first, says Amaya.

“I was once in hospital with one of my sons who had broken his leg. Throughout the night the fire alarm rang on and off and was ignored by everyone. It did not inspire much confidence in the safety of the building.” 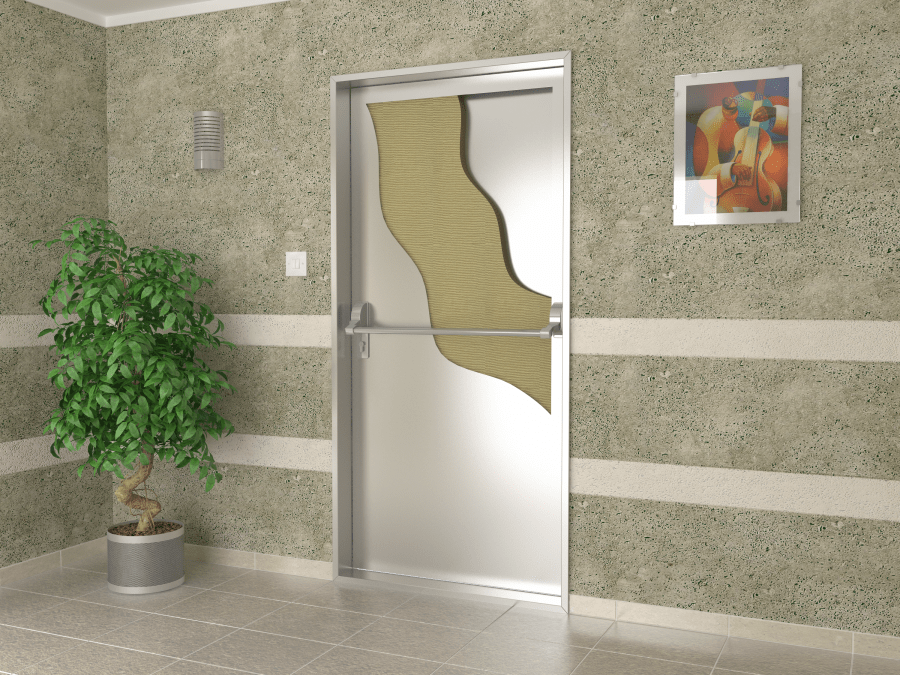 Knauf Insulation’s DRS Board, is a high-density rock mineral wool board specifically designed and used as an insulation core in doors, whose main purpose is to provide fire and thermal protection in compliance with EN 16034 (the harmonised standard for fire-rated door sets). The mineral fibres are bound with a minimum of organic binder, ensuring board integrity at high temperatures.

Knauf Insulation also offers expertise to specifiers or designers who want to know more about the specific challenges of the building.

“Our customers are naturally concerned about making the correct choices. That is why in every country where we sell our solutions, we have experts who can provide the specialist knowledge they need,” says Amaya.

We accompany our customers and provide tailormade advice for specific challenges. We offer optimal solutions that meet the highest levels of performance and help them to make the right choices.

• To learn more about how Knauf Insulation can help improve the fire resilience of buildings explore our site here.