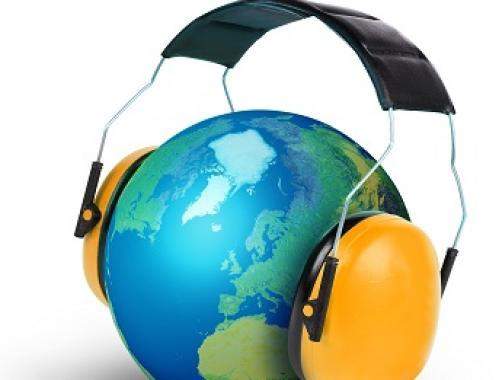 Do we understand the difference between sound, sound insulation, sound absorption and the sound reduction index? What is noise? Learn the answers to common questions about sound, noise and noise pollution.

Noise is defined as unwanted sound. A sound might be unwanted because it is:

How is noise measured?

As noise cannot be measured directly (there is no instrument for objectively detecting how "unwanted" something is), sound level is measured. Sound level is a quantification of a sound's pressure or intensity and is related to its loudness. It is measured in decibels (dB), by a device called a sound level meter.

What are typical decibel levels of some regular sounds?

A whisper is 20 dB, normal speech is 60 dB, and someone shouting at you is 85 dB. Sound levels of home appliances range from 50 dB (dishwasher) to 95 dB (a food processor). A gas lawn mower has noise level of 90 dB.

What is the loudest sound possible?

Sound is normally traveling through the air as a longitudinal pressure wave. When the pressure of a sound wave becomes as high as the air pressure itself, the sound becomes a shock wave. Normal air pressure at sea level is 101,325 pascals (Pa), which is equivalent to 194 decibels (dB). Therefore, 194 dB is the loudest sound possible in air at sea level; beyond that point it becomes a shock wave - the sound waves are creating vacuums between themselves, and no higher amplitude is possible.

What are the effects of noise on human health?

How many decibels can the human ear handle?

What is "white noise"?

White noise is used as background noise that is created to "drown out" annoying, unpleasant noises. It is a sound similar to radio static, or the sound a fan makes. Some people find it helpful for sleeping, and it can be a soothing sound for babies, too.

What is noise pollution?

Noise pollution refers to sounds in the environment that are caused by humans and that threaten the health or welfare of human or animal inhabitants.

What problems does noise pollution cause for people?

What problems does noise pollution cause for animals?

Wild animals rely on their hearing for detecting predators, finding mates, establishing territory, and recognizing warning alerts. Unnaturally high levels of noise can damage their hearing and can also mask more subtle sounds that they need to hear in order to survive and reproduce. They may also react with a fight-or-flight response to artificial sounds such as aircraft noise, thereby using up valuable energy reserves to flee from a non-existent predator. If noise in an area becomes too intrusive, animals may shift to a new territory or alter their migration patterns, which can create new complications for their mating and survival.

My dog is barking outside. The sound in the living room is almost the same as being outside. The sound insulation performance of my facade and windows is not good enough. But this was not the only sound I could hear. My son is playing guitar in the next room. Because the door and wall insulation is particularly poor, the sound reduction index is very low. It means that most of the sound pollution here can easily go from one room to another. Another type of sound is coming from the kitchen. The radio is playing, but the sound absorption of the wall and the furnishings is poor, and the sound simply extends around and throughout the space.

So, what are sound insulation, sound reduction index and sound absorption; and how can we improve them?

Sound is a vibration that typically moves or spreads as an audible wave of pressure through a transmission medium such as a gas, liquid or solid. In constructions, sound is largely transmitted through walls and floors by vibrating the structure, resulting in new sound waves on the other side of the construction elements. 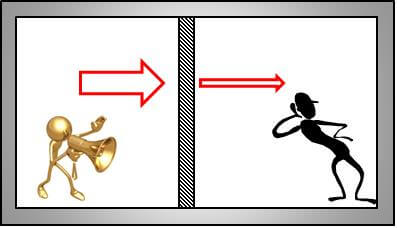 The sound reduction index is used to measure the level of sound insulation provided by structural components, like mineral wool products, doors, walls, windows, ventilation systems and more. It is defined as a series of international standards (ISO 16283, ISO 10140 and similar) or regional and/or national variants of these standards.

Standardized methods exist for measuring the sound insulation produced by various structures in both laboratory and field environments (actual functional buildings and building sites). A number of indexes, commonly expressed in decibels (dB), are defined in terms of the various benefits each has to offer in different situations. There are several basic approaches to reducing sound:

Sound absorption refers to the process by which a material, structure, or object takes in sound energy when it encounters sound waves – as opposed to reflecting the energy. Part of the absorbed energy is transformed into heat and part is transmitted through the absorbing body. The energy transformed into heat is said to have been 'lost'. When sound from a loudspeaker collides with the walls of a room part of the sound's energy is reflected, part is transmitted, and part is absorbed into the walls. Studios, cinemas, libraries and similar buildings should have superior sound absorption systems, which could be realised with mineral wool products, various acoustic foams, acoustic panels and similar. 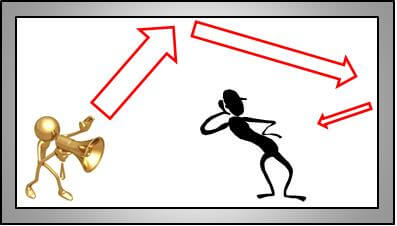 Mineral wool products provide some of the best qualities and performance related to sound insulation, sound absorption and the sound reduction index on the market. Similarly, these characteristics are certainly as important as considerations like thermal conductivity or fire resistance.

Mineral wool boards can be used as a core element in doors, road sound barriers, machine production and sandwich panel production, assuring excellent sound absorption and sound insulation (up to 32 dB) designed to prevent or reduce noise produced by traffic or industry.

This high-performance insulation core is a new product on the market and boasts excellent sound reduction index numbers. It can be used in various applications where high sound insulation performance is required – in doors, walls and floors (up to 43 dB), providing maximum comfort, good working conditions and an overall pleasant environment.